ALTON STERLING aka the "CD MAN" We ALL KNOW 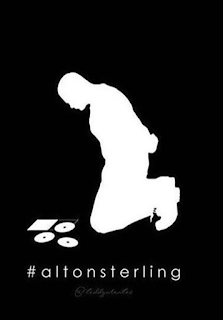 I don’t know him and I don’t know the ones that came before him, yet I feel like I’ve known him my entire life. My heart aches and my stomach has knots. It feels as if it is the death of my Father, brother, first-cousin, or uncle. I’ve known death my entire life. We’ve had a few encounters, including the time I found a dead body in the parking lot of my apartment complex. My Father was murdered when I was a mere six months old. I’m very familiar with death, blood, violence, and murder, because I’m from Flint, Michigan.

But this isn’t about me. This is about a man known as the “CD Man”. Everybody knows the “CD Man”. The “CD Man” is cool, means no harm, and causes no trouble. In “hoods” across America, the “CD Man” is a neighborhood staple, just like the liquor store, or church. We all know him. Maybe that’s why it hurts. It hurts because he was trying to obtain the “American Dream” by way of hustling CD’s. CNN, MSNBC, and many news outlets always talk about multiple streams of income, and when you’re from the hood, bootleg cd’s is a legit side-hustle, to get that additional stream of cash flow.

Before there was Netflix and Chill, people sought out the “CD Man” for a night with Bae or just kicking it with the homies. So, before the media has a field day tainting the image of Mr. Alton Sterling. Before they replay his brutal murder in the news cycle over and over again; let us say a pray for his soul. Let us say a prayer for his family, and let’s say a prayer for his community that will now have a void, because the “CD Man” is no more. 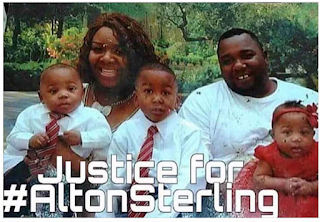