Tynee Talks Aging in Rap: When is it time to Rap it up?


I'm a huge fan of Hip Hop and Rap. My favorite rap song is "JUICY" by the Notorious B.I.G. I will be rapping that song verbatim until I'm 102 years old! Needless to say, the song is timeless and classic.

However, oftentimes in Rap, the rapper himself, isn't as accepted as time moves on. Some people believe that there is an age cap in rap. Although they say rock stars never die, in the rap community, they can be killed off after one album, and sometimes after one song. Memphis Rapper, PPaulDStar, is a rapper that many consider "of age" 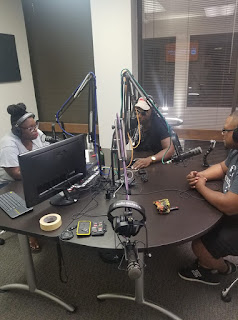 Click on the link below and check out his perspective on what it means to age in the rap game.

Continue the conversation on the Tynee Talks Podcast: