Happy Father’s Day Dads! Yes, your day has come and you deserve to be celebrated. Recently, I had a conversation with a friend regarding my decision to allow the kid to spend the entire summer with his dad. She was contemplating on whether or not she should allow her child to spend the summer with the child’s other 50%.  I say other 50%, because it takes 50% of a male and 50% of a female to create an amazing child.

I relocated from my hometown a few years ago, so my son’s father and I decided that our son would spend the summers with him. Notice, how I said “our”? Sometimes as mother’s our word choice can affect our decision making. It would be easy for me to say “my son”, but it’s important that I acknowledge that it took two to do the naked tango and produce our awesome child. My friend expressed that she was hesitant about allowing her child to stay with the father. I could understand her apprehension, but it was also important for me to explain to her, the importance of giving the other parent a chance. 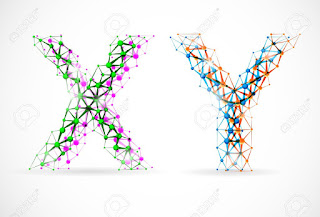 Many times when I log onto Facebook, it is not rare for me to see mothers' going in on their child’s father for lack of participation or support in the child’s life. But then I have to step back and ask: Did you give the other 50% of your child’s genetic make-up a chance to be an active parent in that child’s life? I know as a mother, we want to protect our babies at all cost, but we must realize one important factor: The Dad is a parent too!!! And Dad’s will protect their young at all cost as well. I’m not saying send your child into an unsafe situation, but understand that most men want the best for their children, just like you the mother. So, if that man wants to take an active role in their child’s life, I encourage you to give the other 50% a chance. Why? Because whether you like it or not, Dad is equally as important as you are. By doing so, not only do you give yourself a break, but you also give your child and chance at a balanced life.
Labels: Coparents Custody Dad Daddy DNA Father's Day Fathers Mothers Parents