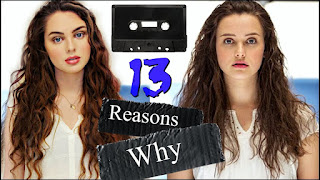 Welcome to your tape! I’m going to let ya’ll in on a secret, initially as I got wrapped into the drama that is Hannah Baker and her tapes, I was immediately giving her the side eye, like girl boo.

I was analyzing it and saying stuff like, If Hannah had been Hannifah, ish wouldn’t have went down like dat… and so on and so forth. But as I got deeper and deeper into the story I realized that so many people, places and things led to her demise. I understood that her story could have been my story or even your story. Things like: rumors, lies, backstabbing, heartache, inadequacy, helplessness, loneliness, acceptance, love, envy, jealousy, anger, pain, passive-aggressiveness, and many other things, can lead one to either suicide or damn near close to it. I’m not going to sit here and front like I’ve never contemplated suicide. Fact is, I have, and on more than one occasion, at various ages and stages in my life. By judging Hannah before I got the full picture, I helped kill Hannah Baker, just like every other character in the plot. Please note, that as I give you 13 reasons why, most things are intertwined. Remember, most things aren’t isolated incidents, they’re a multitude of incidences. We need to be more cognizant on how we treat others.

Tape 1: Love: When we met Hannah, we met a girl full of optimism and possibilities. A Teen girl hit with puppy love. A girl willing to let herself fall in love with the possibilities of being with the cute, cool guy at school. What seemed like a teen dream, quickly turned into nightmare and the end result was death.

Tape 2: Lies: Lies will get you killed!  Due to Justin lying on his d**k like most F’Boys. He then became the initial reason that led to Hannah's death.

Tape 3: Hoe as friends. Who needs enemies when you have frenemies like Alex and Jessica? Move on from toxic friendships. Find people that like you for you regardless of your mistakes or mishaps. Get friends that will check a hoe about you. Get friends that at least try and understand what you’re going through.

Tape 4: What may be small to you may be a mountain to someone else. We all looked at Hannah, like why are you making a big deal about being put on “the list” for having a great a**. But we have to put self aside and be empathetic with others. This child had already been given the scarlet letter “S” for being a SLUT, the list only added to her unwanted reputation. Although we thought Hannah or people like Hannah are pretty, they don’t always feel that way.

Tape 5: As my Mother would say: TREAT PEOPLE THE WAY YOU WANT TO BE TREATED! Those bad ass entitled kids were mean as hell. They treated Hannah badly. None of them treated her in the manner that they would have like to treated at that school. By the time they realized they were a bunch of pricks, it was too late.

Tape 6: Parents don’t always know. As much as we’d like to think we know what’s going on with our children, WE DON’T KNOW!!! So, ask questions and snoop through their things. You’ll get answers to questions and you’ll also find some shocking truths.

Tape 7: If your kids are the “popular” kids ask them are they using their popularity power for good or evil. Also ask the teachers on campus. Teachers know who’s who among the many tribes in high school.

Tape 8: Nobody recognized Hannah's constant change. Notice changes. Hannah was making subtle changes, from her hair to her wardrobe. Pay attention and acknowledge.

Tape 10: She was seeking attention and validation from the wrong folk. Like yourself. Be cool with yourself.

Tape 11: She left her happiness and acceptance in the hands of others.

Tape 12: Hannah didn’t square up! Had Hannah fought somebody or slapped tf outta somebody, she’d be alive today! 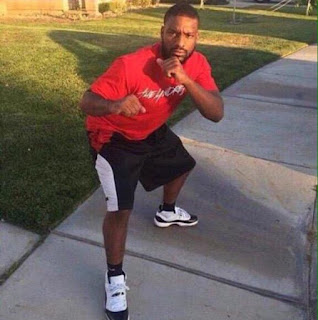 Tape 13: Hannah Baker was selfish! In the grand scheme of things, Hannah Baker didn’t have to die. She wanted to!