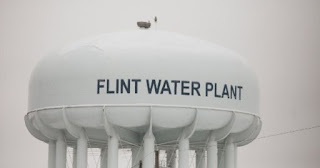 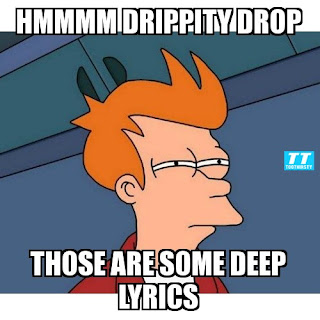 Note: Just know that as I write this, I'm not angry: I'm mad as hell and I'll ride for my city til the day that I die!!!

When you hear the catchy tune, and lyrics of the song "Drip Drop", made popular by Jamal Lyon's fictional character on Fox's hit series "Empire", one of two things come to mind, either dancing or water. In this post, we're going to discuss the latter. When you hear the words drip drop, immediately water comes to mind. Water is known by it's molecular makeup of two atoms of hydrogen and one atom of oxygen (H2O). Water is a fluid essential for maintaining human life and the basis of all living things, so when you think of water, you think of purity, clarity and cleanliness.

However, when the residents of Flint, Michigan, aka Flintstones, think of water, thoughts of anxiety, fear and anger comes to mind. Residents are anxious because they are not sure when this water issue will be resolved. Governor Rick Snyder drug his feet before he decided to declare a state of emergency. Ironically, He had a much quicker response when he decided to continue to allow the residents of Flint to drink and bathe in lead infested water. 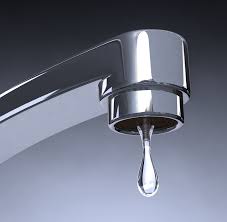 Anxious-They are anxious because month after month they are sent a high ass water bill for unclean and unsafe water and faced with a dilemma to pay it or not pay it. If they choose not to pay it, they risk being penalized with late fees and re-connection of service fees. Simple tasks like turning on a faucet to pour a drink, or splashing your face when you awake in the morning, is quite a daunting one if you live in the city of Flint. Something as simple as bathing, cooking or hydrating is like a life altering risk.

Fearful- Flintstones are fearful of the possibility of being poisoned from the high levels of lead in the water, due to old pipes and an outdated infrastructure. An infrastructure that should have been replaced years ago. But instead of replacing the system, the powers that be just thought they'd push it to the side, in hopes that it would somehow just go away. But the fear continues to grow when medical doctors are reporting that your child could suffer from brain issues due to the high concentration of lead. As if going to the doctor wasn't a fearful event already, but then you add this to this water debacle into the equation.

Angry- The people of Flint are angry because, when the shit hit the fan, the, message was loud and clear, that their lives were not valuable. As long as the government could save some money, then so be it. They were like screw your health! Angered because their skin is breaking out and they are getting sick. Angry because their water is looking like 3rd world country water, in a very developed 1st world United States.
Flintstones are angry because someone's children and helpless grandparents were and are being poisoned, while the powers that be turned a blind eye. Angry because at the onset of all of this, so many people were aware, people who had the power to change it and didn't.

This isn't Flint's first battle and it certainly will not be her last. Flint is a tough girl and will get through this hydrated, refreshed and reigning supreme. Flint is going to fight for her basic right of having clean water. Justice will be served on Flint's behalf. It is my sincere hope that Governor Rick Snyder is found guilty of knowingly poisoning men, women, children and elderly. I hope the next drip, drop he hears comes from a raggedy infrastructure, in a filthy sink, in a  nasty cell. 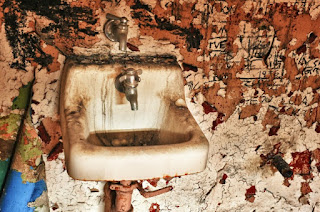