The magicalness (my new word) of The Wiz was everything! To sit in front of the television and watch a two hour production that kept my five year old child fully engaged was phenomenal and a true miracle in itself! It took me back to my childhood when my family would sit around the t.v. with snacks to watch a network television special. I remember when the Jackson 5: The American Dream debuted on ABC in 1992 and how excited I was to be watching it with my family and how glued to the screen I was. 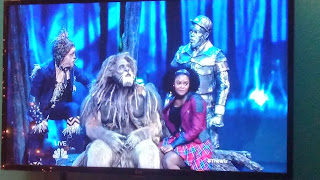 What a joy it was for me to share a similar experience with my own child. My son was absolutely delighted with the onscreen production. At every scene and musical number his eyes lit up. He kept asking me questions and wanted to wear some of the costumes. He even requested I buy him the green jacket from one the Emerald City scenes for Christmas so he could rock it with his green “chucks”. Therefore, it is written that the 2015 production of The Wiz was indeed a major hit! 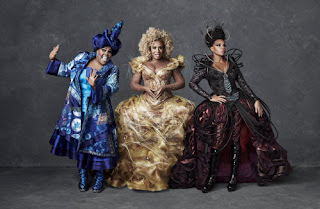 One thing I know for sure is that black people know how to show up and show out and that’s exactly what they did with the hair and make-up for the cast of The Wiz. When I tell you the hair was laid and was giving me all types of Black Royalty and Regal feels. To see locs, crochet braids, afros, colored hair, asymmetrical cuts, fades, flat irons, etc… made me feel so proud to black and a woman! It was reminiscent of the 70s when we were screaming it loud that we were black and proud and unafraid to accept our own brand of beauty. Oh and then the make-up was beat to Zeus, Athena, Venus and all the gods! I was yelling things at the tv like: Yaaaaaasss! You betta be fine! Face is beat hunty! Eyebrows on fleek! I mean The Fashion Fair Cosmetics Company of yesterday’s past and the MAC team of today are just twirling their brushes in excitement.

The dancing was so relevant and on point. To see Queen Mary herself Hit da Quan when we all know The Queen struggles in the dance department was just fantastic! The choreography was created with a great sense of bridging the generations. There was voguing and dabbing and nay nay-ing and just everything in between. The Crows were getting it, the Poppies were serving it, the flying monkeys were killing it and I loved every moment of it! My son and his friend even tried to do some of the moves in the middle of the living room.

Every person cast in the Wiz from the leads to the extras were awesome! Every person that took to that stage shined bright like a diamond. The irony of that is diamonds come from Africa and this diamond studded cast was glistening. Dorothy played by newcomer Shanice Williams was giving me all kinds of African-American Pride. A cute little brown girl from Jersey who can saaaaaannnnng! Her voice. Her facial expressions. Her eyes. Her movement. Her countenance. Her overall essence brought so much to the character of Dorothy and it resonated through the television screen. The Scarecrow’s innocence was so sweet and his voice was angelic. The Tinman played by singer Ne-yo was great. He truly was the heart of the main characters. But the Emmy worthy performance of David Allen-Grier is what really brought everything together. David played the Cowardly Lion, but there was nothing cowardly about his performance. His performance was spot on! He hit every beat. He hit every note. He hit every cue. His comedic timing was perfection and he made me want ease on down the road with him arm in arm.

I AM HERE FOR THE WIZ LIVE 2015!
Labels: Awesome Family Magic Review Television The Wiz