Tynee Talks: SXSW: 5 reasons why you should attend!

Tynee Talks: SXSW: 5 reasons why you should attend! 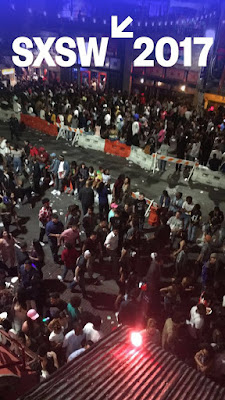 South by Southwest (SXSW) is a conglomerate of film, media, and music festivals and conferences. If you’re a lover of entertainment, weirdness, music, and a whole bunch of people living on the edge of tomorrow, then South By is the place to be. It’s a place where dreams turn into reality. I had my first SXSW experience in 2012 with my crew, rapper/producer Jon Connor & All Varsity Entertainment, LLC (AV Squad). Our goal was to make a big splash in the music industry, leave our mark at SXSW, and get our unsigned artist, Jon Connor signed to a major label.**  We accomplished all goals! I told ya’ll SXSW is a place where dreams turn into reality.


5 years after I trudged through the streets of Downtown Austin, chanting down 6th Street yelling: “South By Squad West” and “BLUE CITY CLUB: YOU KNOW! “in army fatigues, Jon Connor t-shirts, combat boots, picket signs, and free cd’s; I returned. I returned to the place that has launched a thousand careers; this time, not as a soldier, but as a civilian and it was exhilarating.

So relax and take note and understand why you should come to SXSW before you die!

Get yo’ music heard
If you’re an aspiring artist, SXSW is a place to get your music heard by people from all over the world. It’s basically like the personification of putting your music on an internet site. The difference is, you get to touch, feel, and see the people you’re giving your art to. Plus they don’t troll your shit, like they do on the internet. I mean they may throw your cd down after they get 10 steps away from you, but hey that’s the thrill of it all.

FREE MUSIC
If you’re a consumer of music, then you definitely need to go to SXSW. You get tons of free music, ranging from: free music performances at dope venues, free CD’s (for the old fashioned music listener like myself), and random street performances. Your ears get a chance to vibe off the next new hot artist before they blow and you get to be the one to say: I been up on (Insert Artist Here)

SUPPORT
The folks in your own city may not fuck with your movement or your music, but everyone is so supportive at South By.  I mean, you could be at a spot where there’s 20 acts performing and 15 of those people suck, but they’d never know because everyone is mad supportive. Artists are giving other artists mad props and support. Everyone gets a round of applause. That support is what you need in the cut throat music world. The overwhelming support you receive at SXSW is the glimmer of hope you need to keep pursuing your dreams. The shits amazing!

Dope Ass People
In your everyday life, you’re probably used to personal space and normality.  You can forget about that shit at SXSW. There’s so many people!!! You’re only millimeters away from somebody at all times, but you don’t care because the energy and vibes are so crazy.  You come across weed sellers with marijuana wigs, half naked men and women, dream readers, dream seekers, and some indescribable peeps every 5 steps. But it’s all good, because people you’ve never met in your life, instantly turn into your best friends! Music is the great connector and SXSW proves it. 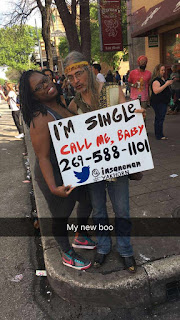 HEAVY PROMO
You can promote yourself, however you see fit! Business cards, t-shirts, picket signs, Snapchat filters, posters, caravans, huge amplifiers blasting your music, semi-trucks, you name it, it was there! If you leave with nothing else, you at least learn how to brand and market yourself in a variety of ways.

I could probably write a whole dissertation on why you should attend SXSW before you die, but ain’t nobody got time for that!

Just be sure to make your way to Austin City Limits the second week in March and I promise you it’ll change your life! 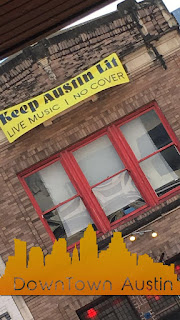 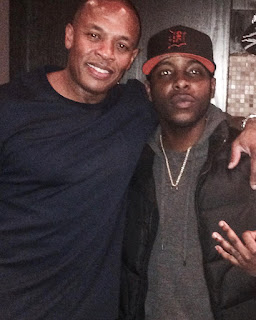