Retail... Everyone has a story... Here's mine

Retail… Everyone has a story… Here’s mine:

I never had the pleasure of flipping burgers although I desperately wanted to. Flipping burgers meant I could have fun like Bon Qui Qui from Mad TV who worked at King Burger or I could work with “Calvin” from McDonalds. I mean who didn’t want to work with “Calvin” from the McDonald’s commercials and possibly date him? Working at McDonalds was a teenager’s dream during my teenage years. I wanted to work at the Mickey D’s franchise on Clio Road, in Flint, MI, where I’m from. That location used to jump, especially on Friday nights, and I wanted in on a piece of the action. I filled out applications and even went to the on sight interviews, but nope the burger gods just wasn’t feeling me. But, guess who was feeling me? Yep, you guessed it: The Retail Gods!

My First Retail Job
My first retail job was at David’s Bridal, a reasonably priced bridal shop for women looking to get hitched. 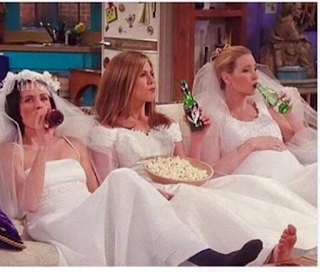 I was 16 years old when I got the gig. My cousin Erica was hired first and then she told me to apply and just like that my cousin and I were slangin’ wedding gowns. We were getting paid above minimum wage and working in a girl’s dream shop, so we thought. The dream soon turned into a nightmare like episode of the Twilight Zone. How did it turn into a nightmare you ask? For starters, our manager was going through a terrible divorce and the broad was bitter as hell. Imagine you’re going through a divorce and you have to work in a place where you see happy, optimistic brides every day. Talk about torture. Since she was on an island of miserable, of course she needed company, so she took her frustrations out on us and the rest of the employees. It was a tense environment. Some days were great. Like when a bride found her dream gown and her bridesmaids dresses all in the same day. The joy and gleam in her eyes is priceless. But then there were the days when a Bridezilla would enter the store and all hell would break loose. When the ‘zilla would enter, the aura of the store would change. This is the “bride-to-be” that would have us getting every dress in the store for her to try on, only for her to be disappointed at every turn. We would be yelled at, cursed at and treated cruelly. This job was so savage that Erica and I were let go on our day off. You would think that my experience at David’s Bridal would have been my first and last tango with retail, but it was only the beginning. 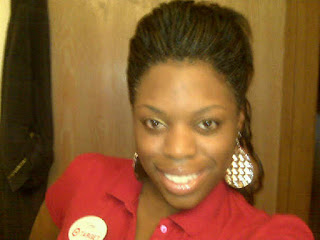 The next time I would find myself at a retail chain, I would be 24 years old. I was in graduate school, looking to earn a few extra bucks and since the red bullseye was in close proximity to my apartment, it seemed like a good fit. Emphasis on “seemed”. Now, I’m never one to brag about my credentials, but if someone asks me questions, I tend to answer honestly. With that being said, when I first started, my co-workers would ask me if I was a student at the local university nearby and I would reply I was a graduate student there. Wrong answer. For the people who were trying to make the red bullseye their life career, I was a threat to their entire world. For some strange and irrational reason, they thought I wanted a high ranking position at the company. Nope wasn’t in my book of goals at all. I had tasks like finger spacing the hanging clothes, which meant the hangers had to be a finger space apart. Ummmm, really? Like why? No need to worry honey, you can have that. Then there were the rude ass people. One day I was folding clothes in the girls’ section of the store. My tables were all nice and neat and I was ready to move on to my next department, when a customer from the bowels of hell decided to purposely destroy my neatly folded tables. She then proceeds to walk by me and say: “I’m giving you job security.” I looked at the heaux like Bih! I will slap the taste out yo’ mouth. But, the way my life was set up at the time, I had to humble myself and re-fold those clothes. 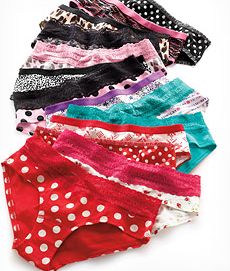 In the middle of my pregnancy with my first and only child, I decided to work at the pretty panty store known as Victoria’s Secret. It was no secret that my pregnant behind couldn’t fit nothing in that store, but the body mist. The great thing about working at Vicky’s secret is that I got to wear black every day and if you’ve ever been pregnant you know “black” is your very best friend. Working here was cool, I got a nice little discount and the consumers of this store were actually friendly. Go figure. The only downfall to my experience at this retail store, was my pregnancy hormones. I was constantly sick and having to barf. I would be in the middle of conversation with someone and start crying. Another downside to working here was standing on my feet for 8 hours. For a normal person that is perfectly fine, but if you’re preggo this is a death sentence. Needless to say my time there was extremely short.

The Orange Life
Most recently I needed to break up the monotony of my everyday life so I decided to don the orange apron. I’m in a new city so I figured the best way to get an idea about the locals is to work at a retail giant. In my salaried position, I see and work with the same people every day and that can become uninteresting. Working here and in retail in general allows one to meet all kinds of people from all walks of life. I am able to interact with the stay-at-home mom looking to redo her baby’s room, the college student trying to build a trampoline from scratch, the artist working on a mural, the business owner buying supplies, the landscaper getting extra items for the job, the dad helping a son with a science project and the list goes on. I don’t have to worry about meeting deadlines. I do however, learn a lot about people’s citizenship status when I ask them to apply for credit cards. But most importantly I get to work with really cool people. 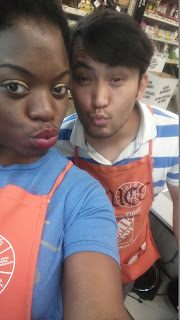 But don’t be fooled, there’s always that one crazy customer that makes you be like, you know what screw this job! The customer that made me feel this way was an irate customer that came in the form of a man. If you haven’t been shopping in a while or you’re stuck in the 20th Century, you may or may not know that companies and banks are switching over to “Chip Cards”. Chip cards are allegedly safer for the consumer against fraud and theft. Using the chip card, however takes longer than the old way of just swiping your card and going about your business. So, said customer comes through my line and the chip card process is taking longer than he’s mentally capable of handling. He starts yelling at me and telling me how horrible this new system is. He goes on to tell me that I need to tell the manager that this system sucks and from now on he will be shopping at Lowes! All I could do was *Blank Stare* Ahhhh… the joys of retail.

That’s my story, what’s yours?